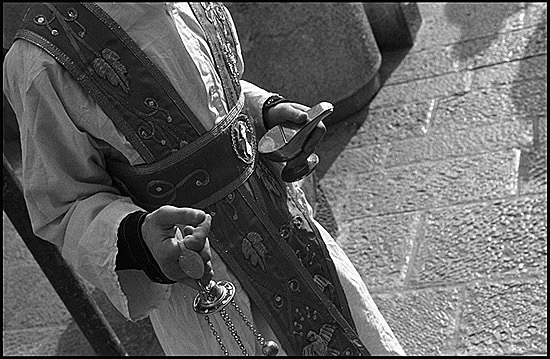 Essay on an Israeli indentity

For almost 60 years, Israel has known an 'almost' continuous state of conflict. In spite of this, the Israeli society has developed and functions 'almost' normally. That's this country's daily reality.

In the international media's imagery, this reality is very often ignored in favour of a more spectacular representation of the conflicts that oppose Israel to the Palestinians or to the Arabic neighbours. But to reduce any society to what opposes it to another one cannot give an objective picture of its reality, nor of its opponent's for that matter.

It's, therefore, in order to strive towards objectivity that in April and May 2007 I have tried to photograph this Israeli's 'almost' reality. Here are some photographs from this essay.