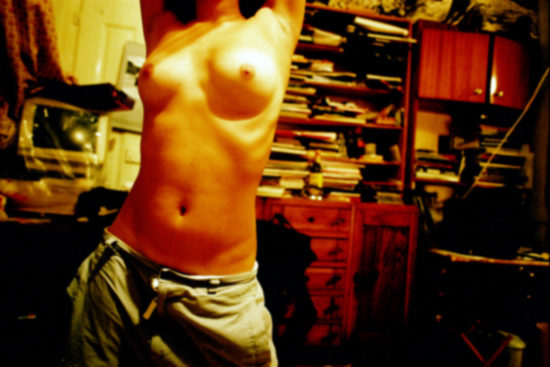 Fake stories for a fake diary

In 2001, having as goal to enter the Photography Biennial of Vila Franca de Xira, I decided to do a photographic essay around feminine nude where the work "in some afternoon's day" was born, six black and white photographs where the body was not photographed in a sensual way but, as an aesthetic search between lines and forms.

I followed this approach in the project "Ad1Q - daily notes", where I wanted to photograph the intimate daily life of my closest friends. The option not to show faces, has as prínciple two goals: preserve and safeguard the image of the ones who were available to cooperate in the project, and to portray the nude while nude and not to relate it to an identity, allowing the body to be simply a body.

Along this work and the stories that I intimately developed with the people I photographed, I filled a note book, from where "fake stories for fake dairy", that I present here, was born.