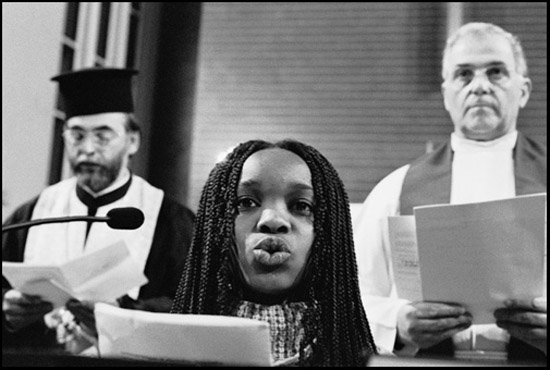 The death of the militiaman from Robert Capa

5th of September 1936, in the beginning of spanish Civil War, the pro-Franco troops attacked Cerro Muriano, a small village 15 kilometres away from Córdoba, with the goal of making the republican front retreat.
Robert Capa in the village for part of that day, and made the photograph of a militiaman falling, supposedly at the moment where he's hited by a mortal shot. This image became a symbol of Spanish Civil War and one of the photographer's most known.
Until today doubts, about the authenticity of the photo and the identity of the miliciaman, persist.

The Jesuit Refugee Service (JRS) is an international organization, directed by the Society of Jesus (Jesuits), that operates in favor of refugee's rights and forced dislocated people, around the world. In 2003 they had attend, in Portugal, about 5000 people, 75% of which were East immigrants. The work I display here in nine photos is divided in three parts: images of Lisbon's headquarters, portraits of some users and a religious celebration. Some photos had been published in book but never in the press.