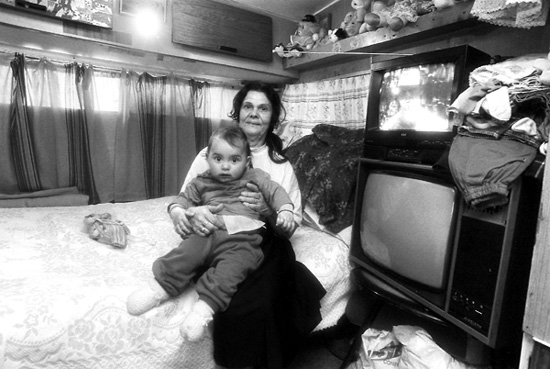 Project started during the final phase of my degree in AR.CO This subject was voted among the 3 existing groups at the time.

During 2 months I followed the life of these people who lived in a quarter close to where I live.

I would have much more to show but after an accident in a estudio where I worked good part of the work was destroyed, remaining these ones because they were the images that had been displayed in AR.CO, and that fortunately at the time were in folder at home.

This quarter was demolished and a house was given to each family.