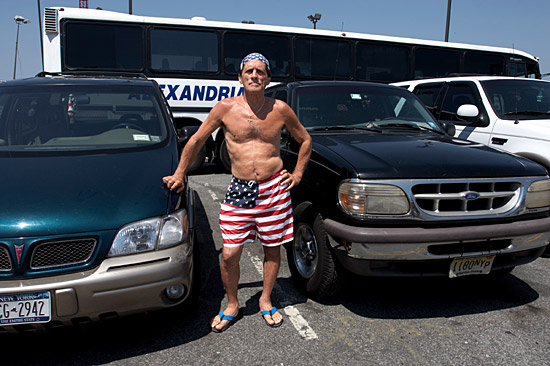 I am experimenting and playing with my camera, sometimes I take a step forward and sometimes a step backwards, I am trying out different angls and I try to evolve my photography. All the time I spend will eventually lead to my own style one day.

Is photography about the never ending search for the perfect image? That might be one part of it but it?s not the whole truth and for me there is a lot more to photography then the search for the perfect image.
My intrinsic approach is a journalistic one. I want to show the world as it is and I want to document and record it. Being witness of time and history. But it is not only the image that counts it's also the act of photographing just as much. It's an act of examining myself as well as the world around me. It?s a way to grapple with myself and life, a therapeutical thing perhaps. It forces me to go out, to train my eyes, to see and to wander around the streets. It?s an important way of communication for me. I want to find usual and unusual scenes in everyday life, I want to show short moments, which at first sight might not seem to be special, but at second sight show the surrealism, the magic or the beauty of life surrounding us all the time. What could be more interesting than real life, than real people?