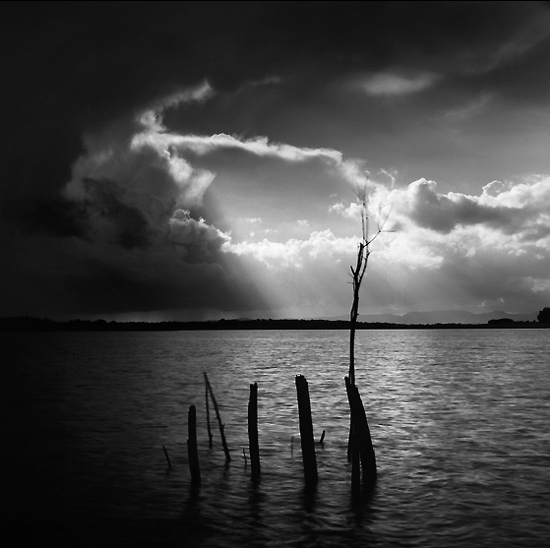 Dissipations in the haze of the afternoon: the city enervates me in the face of the monolithic jungle. A sinister geography in that rhetorical atmosphere of smokes. Fuliginous is the morning that I await in vain. More than rape the tympanums, a concert of voices and variable noises succeeds unconsciously. It's a wild animal caged in the loneliness of several no ones. The men wander in the recalcitrant misery of each day. Streets, avenues, dead alleys and lanes don't escape the unusual water-colour: thoroughfares of ashes and sulphur, divergent fairways where rivers of living dead flow, collide and don't glance at each other. This long convulsion of anonymous, pulses of dawns that don't survive, tourism of black vultures above the dunghills, people as wild beasts eating the unserviceable, light signal pollution and gathering of beggars. In the April that I mirror myself, the metropolis regurgitates its ghosts, flame and butchery in the hurried faces of my equals. We are intangible wild animals in that choreography of deportation.