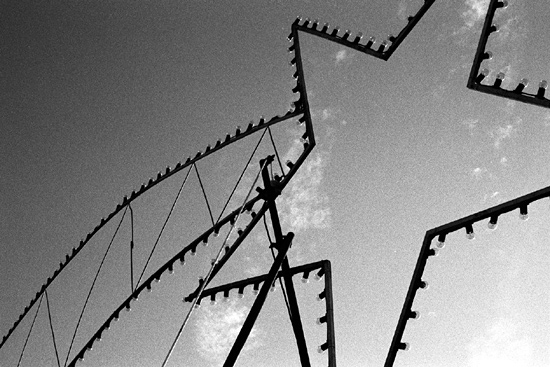 Studying the ethimology of the word Monsaraz, we find that it can mean Monte Xarez or Monte Xaraz, referring to a hill that raises in the heart of a region that was, of old, surrounded by an impenetrable mesh of rockroses.

Being the one of the oldest villages to the south of the Tagus river, Monsaraz surprises the traveller, suddenly uncovering a breathtaking landscape, unique for its heights, not at all expected in the middle of the extense Alentejo plains.

Built on the top of a mountain, it was for centuries a rank of defense, due to it's difficult accessibility and it's favorable geographic location close to the deep Guadiana river. The village features an unique medieval environment with its steep walls and can really resemble a crib in itself. In December, Monsaraz becomes a crib inside of itself, as if it wanted to show the passing roamers it's venerable age and that it's still here for the centuries to come.

The crib, made by the artist Teresa Martins, features about 30 figures in metallic structure and with prepared raw cloths for the effect, and cohabit with the narrow streets of the village.

Viewed from afar, the figures of the crib could be easily confused with the village people, frozen in time yet busy in its daily tasks. But if we carefully follow their path, it will lead us to the church where the main Nativity Scene is. Along the way there are the Three Kings carrying their offerings, the shepherds and their flocks, laundrywomen, water sellers, children...

As night falls over the lone and silent hill, and all the figures are lit in thei
r path uphill, a mystic and magic sensation takes us onto another dimension, as if we were transported to a time that has never been. Get closer to the big figures and you'll feel a strange lilliputian sensation of being an intruder from another age.

Christmas music is barely the only sound, and the streets are lonely, only ocasionally criss-crossed by an old woman pulling a lamb by a rope or an old man coming down the street with it's rough cane. Beyond the silhouette of the walls, the misty lands seems to spread to infinity.

Text by Sofia Quintas
We'd like to thank Dra. Ana Paula Amendoeira from the culture branch of Reguengos de Monsaraz's Town-Hall for letting us use the Town-Hall textes about the history of the village.