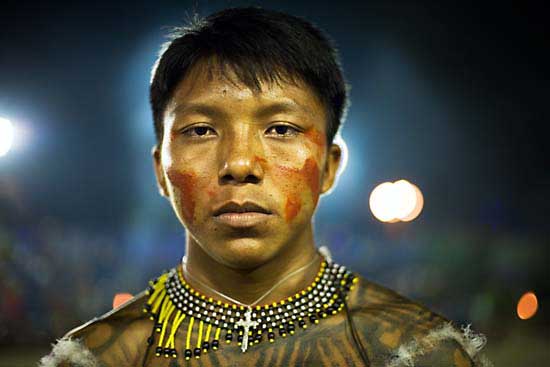 Since early I've been fascinated by the Original Peoples. Mainly due to their colors, their symbolism, their lives full of meanings and their natural universe.

I'm immersed in color, lines, myths, songs, sounds and movements born in the heart of the earth and in the lungs of the jungle. My gaze becomes thick and passionate, flamed by other meanings, other languages.

These images are part of the documentation that I began in 2005, during the IV Indigenous National Festival, in Bertioga city, in a process not yet completed, to which I seek to contribute with two priorities: the memory of the culture of Indigenous Peoples in transformation - by respect for the Brazilian history -, and the awakening of new visions for other values, for other models.

Remembering what the indigenous leader Marcos Terena wrote me once:
"The world that surrounds us, did us different wisely, to live our individual values with a collective spirit!"