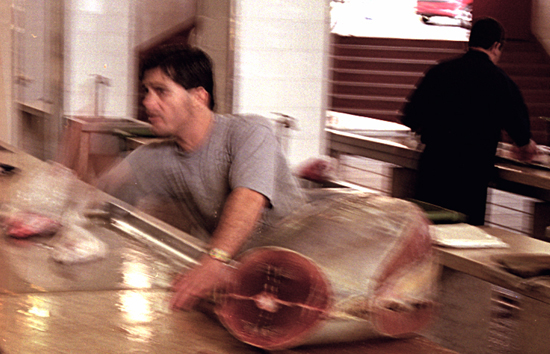 Far away, in the middle of the sea, rises a lost peak of a portuguese mountain. I remember when I was a kid and heard about it as if it was an inaccessible land, which existed only on the old map hanging on the classroom beside the black board, showing the eleven provinces of Portugal and those that were then known as the "adjacent islands". We had to know them by heart if we were not to be beaten with the teacher's wooden ruler, or have to stand facing the corner of the room wearing the infamous "donkey ears", although these practices were then on the brink of disappearing. I never knew Madeira of those days. I only came to know "that distant land, all covered by the sea" and be enchanted by its beauty much later, on the 90s. And much closer.