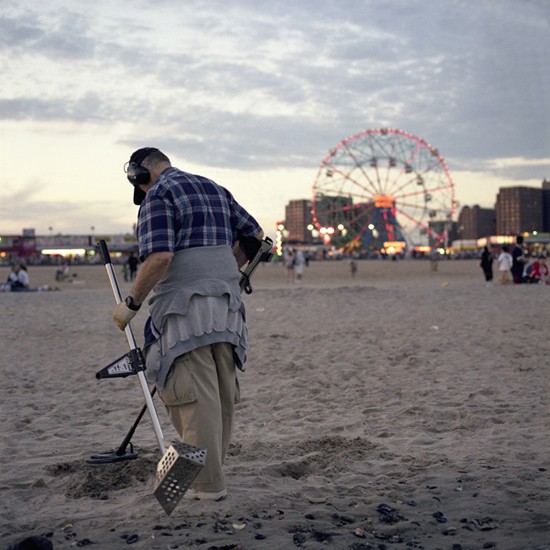 "My profession is a direct shortcut to the shapeless character of being, (...) an unique entry point for the chaotic substructures of the universe. A guy walks in rounds in the city all night and never knows where he heads next. A customer threads itself in the taxi's behind seat, he says us to take him to such and such place, and it's there we go. Riverdale, Murray Hill, Far Rockaway, the other side of the moon. All destinations are arbitrary, all decisions are governed by chance. We float, wind, arrive at the destination said by the customer as fast as possible, but, in fact, we don't have the minor vote in the subject. We don't pass of a toy in god's hands, we don't have a vestige of proper will. There's only one reason to be there: satisfy the whims of others."

in "The Brooklyn Follies" from Paul Auster