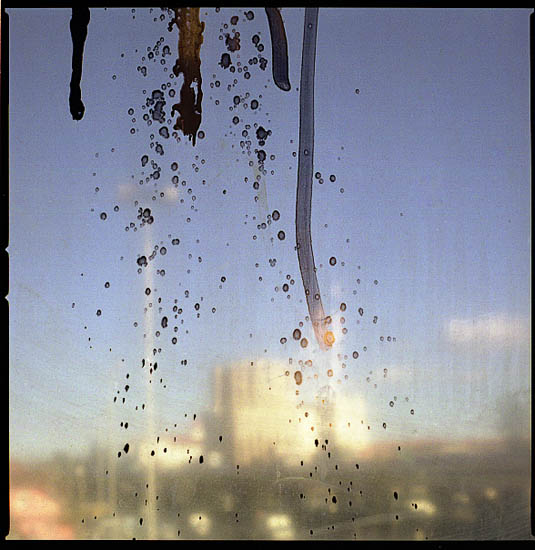 or TOYS * (Trouble On Your System)

They reflect natural and faithfully their inhabitants, telling stories and revealing cultures.

It's in the set of all differences that we find the city génesis.

The "Tagg" was born in the poor suburbs of New York (Bronx, Harlem, Brooklyn) in the 70's, as form of identification and bording gang territories. Nowadays this form of expression, although still illegal, gained acceptance by youth and was transformed in affirmation and critic in the image's society.

Crime, urban revolt or individual expression need, "Tagg" is here to stay, wheter we like it or not.

This work reflects in an analogy form the "Tagg" in itself, because the author forces it in an equal form over urban scenes, by it's capture and framing through transparent surfaces where it can be found

* In slang used by taggers and graffiters, toys are the beginners, in opposition to kings, the veterans. One thinks that the title 'toys' derives exactlly from the initials of 'trouble on your system'.