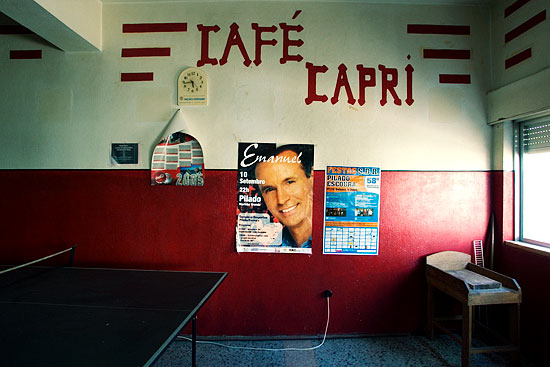 Emanuel's concerts are announced well beforehand in all local cafes and small diners of the area where he'll be performing. Cafe Capri in Pilado is no exception. During summer the band is on tour the whole time and plays mainly in small town fairs, but lots of times before tens of thousands of people. He's very succesfull, with a number of platinum albums to his name, but because of his very simple musical style he is badmouthed or in the best of cases looked down upon by the cultural elite of the country. I travelled with him to a numer of concerts in the heart of Portugal, to find out that he is a well read, cultured and intelligent man with a highly professional crew and show on the road. I found his filosophy of life and entertainment to be a lot like mine, although expressed in a very different way.