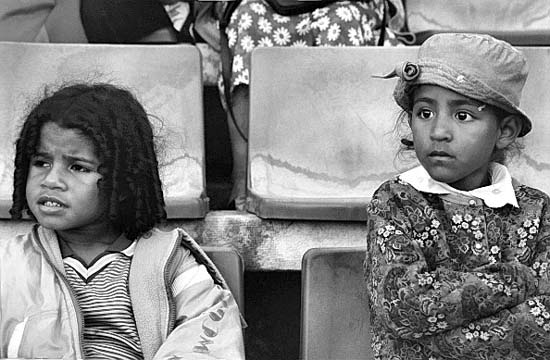 East Timor independence
May 19, 2002
Lia ni'an is the name given to the storytellers in Eastern Timor. It is them whom, through the generations, have been keeping the traditional stories of the island alive. It is on those stories that rests the fight of a people against oblivion.

Here we show a set of versions of the same story: the one of the Timor people living in Portugal that, despite the distance, were as present on the moment of birth of it's nation as if they had been there.

Stadium 1st of May, Lisbon, Portugal