pontos de vista
THE COLOUR OF THE LAND (Chiapas-Oaxaca) Mexico, 2001 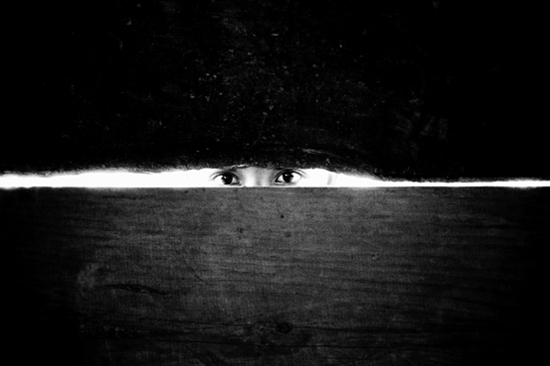 THE COLOUR OF THE LAND (Chiapas-Oaxaca)

To speak about colour in the case of black-and-white pictures may seem a little strange. This is nevertheless what the Basque photographer wanted to do in his reportage "El COLOR de la TIERRA" from the Chiapas region of Mexico. He dedicated his pictures to the fugitives and freedom fighters. In fact, these people lend a certain `colour´ to their country, an attribute which is far removed from any notion of Mexico-romanticism.

No, it has nothing to do with the fact that this photographer is of Basque origin either. Txomin Txueka, born in 1960 in Getaria, is keen to underline his neutrality as a photographer: "I believe these pictures reflect the hard reality of injustice caused by political lobbies". Txomin Txueka works on a freelance basis, usually for the Basque newspapers. He is frequently to be found on the spot where the iniquities are particularly blatant, for instance, in Bolivia and in Palestinian refugee camps.

In March 2001, he finally visited the Mexican State of Chiapas. Here he photographed Indian victims of the paramilitary troops, Zapatista prisoners and the secret command head-quarters La Realidad set up by the Zapatista Liberation Army EZLN (Ejército Zapatista de Liberación Nacional). These pictures represent documents of the gaping wound in Mexican politics, a conflict which has been smouldering ever since 1994. At that time, the EZLN occupied several towns in Chiapas. A battle against government troops lasted twelve days and, according to reports, between 150 and 400 people lost their lives. The aim of the EZLN was, and still is, to obtain better living conditions and regional autonomy for the Indian civilizations. Influential land-owners control the region, corrupt the authorities, while their henchmen attack the EZLN and its supporters at every occasion. This was the case in Acteal. The background to this massacre has never been clarified, because there is little official motivation to pursue the murderers. Forty policemen, who were in the immediate vicinity, declined to intervene when sixty men penetrated the church in Acteal on 22nd December 1997, leaving 45 indigenous people dead, the majority women and children.

Txomin Txueka´s photos give these victims a `face´ . A self-taught photographer, he does not interfere in the scene and renounces any false pathos. His subjects are well drawn, but perfectly calm. He has been working as a photojournalist since 1985 and has acquired, in the meantime, an unsensational but nevertheless involved style. Acteal was a dreadful sight, but proved to be a turning point. On a long-term basis, the EZLN had really won the day, certainly as far as public opinion was concerned. More and more Mexicans are putting their weight behind new rights for the indigenas. The EZLN has certainly understood how to gain the support of the world public for its aims. Since President Vicente Fox was elected in 2000, a fresh wind is blowing in Mexico. He is personally in favour of self-administration for the Mexican Indians and wants to grant them minority rights. However, his conservative party is not in agreement.

At any rate, the EZLN has recently scored two major victories. Their representatives were allowed to speak once in parliament, and an amnesty has been granted to many prisoners. Yet, optimism would be out of place, since the majority of indigenas is still on the road. Just how this flight has marked them can be observed in Txueka´s pictures. Some of these marked faces hide themselves behind masks. One just sees eyes looking through small slits. It is these eyes which lend Mexico its saddest colours.